What Successful People Know About Failure 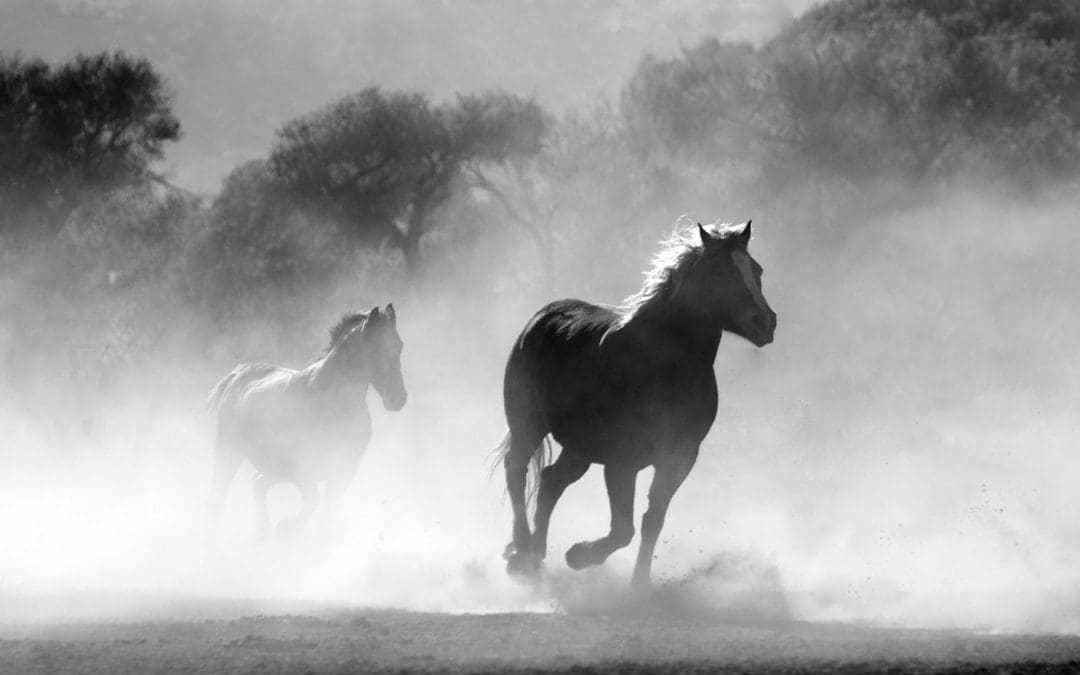 When I was ten years old, I was riding my black quarter horse and helping my grandmother cut a horned bull from the cattle herd. The bull suddenly turned, horns first, and charged my horse. I grabbed the saddle horn; my horse pivoted on his back hooves and we got away unharmed.  My first attempt was a failure, but I still needed to find a way to get the bull corralled….

There is one thing you never say to a grandmother who  has ammo on her  Christmas list: “I can’t.”

My grandmother was a mentally tough woman who never used the word quit or accepted defeat. No matter how difficult the situation, she kept trying.

Nothing grabs our attention like a failure. For me, as a ten-year-old kid, failure meant I was not successful in getting the bull into the corral. Like most people, I defined failure as a lack of success.

This attitude is not only antiquated, it is dangerous—because failure is an important learning tool for the brain.

Successful leaders, entrepreneurs, and small business owners all know that understanding how to deal with failure is part of the job. They know the difference between bad decisions and bad results.

Here are 5 things you need to know about failure and actions you can take:

A child learns to walk by falling down; scientists experiment to identify what doesn’t work so it can be eliminated from future experiments. Learning is error-driven.

Failure forces us to integrate new information, and researchers have found the bigger the failure, the more we learn. The brain, you might say, feeds on failure.

2. Whip Back the Monster Called Ego

To the unconscious mind, being successful means being worthy. At the deepest level, success means we are worthy of being loved. And being loved is what matters to us most.

Failure reinforces a belief that we don’t have what it takes to make it in the world. While we don’t welcome them, failures remind us that we are not the center of the universe. If we really think about our experiences, we can see that there are factors beyond our control—indeed, factors that have nothing at all to do with us.

Failure humbles us, and this can be a good thing. Humility:

3. Keep Grasping for What is Out of Reach

Since we are imperfect creatures, there will always be a gap between what we are and what we can be. Our fear of failure can help us succeed because it sparks our desire to grasp what is just beyond our reach.

This is a great motivation for leaders and businesses because failure can create the spark, the inspiration for great achievements.

Our struggle with our own failings can, ironically, bring out the best in us.

Psychologist B.F. Skinner once said that when you try something new and produce a result that was not what you expected (i.e. failure), drop everything and study it further because failure can be the portal for a new discovery.

Roy Plunkett, a chemist at DuPont, set out to invent a new refrigerant. Instead, he created a glob of white waxy material that conducted heat and did not stick to surfaces. Fascinated by this “unexpected” material, he abandoned his original line of research and experimented with this interesting material, which eventually became known by its household name—Teflon.

Psychologists find that we tend to repeat the same mistake and repeat it in endless variety. That is the definition of a blind spot.

Failures are incredibly valuable because they allow us to analyze our performance, and when we do, we identity those patterns of behavior that do not keep moving us forward. Unfortunately, “teachable moments” are usually accompanied by feelings of frustration, disappointment, and embarrassment.

The leaders at Google know something very important about failure; they not only celebrate failure, but they also budget for it and it’s potential insight. Employees can spend 20 percent of each workday on their own projects even though 80 percent of Google ventures fail.

If people want big success, failure comes with the territory.

BTW, I knew my horse spooked the bull so, like my grandmother, I refused to accept defeat and tried something different: I got off and stood in front of him. The bull swung his head so hard, snot flung from side to side. He eventually turned around and wandered in the direction of the corral. I followed, leading my horse. I did get the bull corralled in the end.

How has failure made you a better leader, entrepreneur, or small business owner?