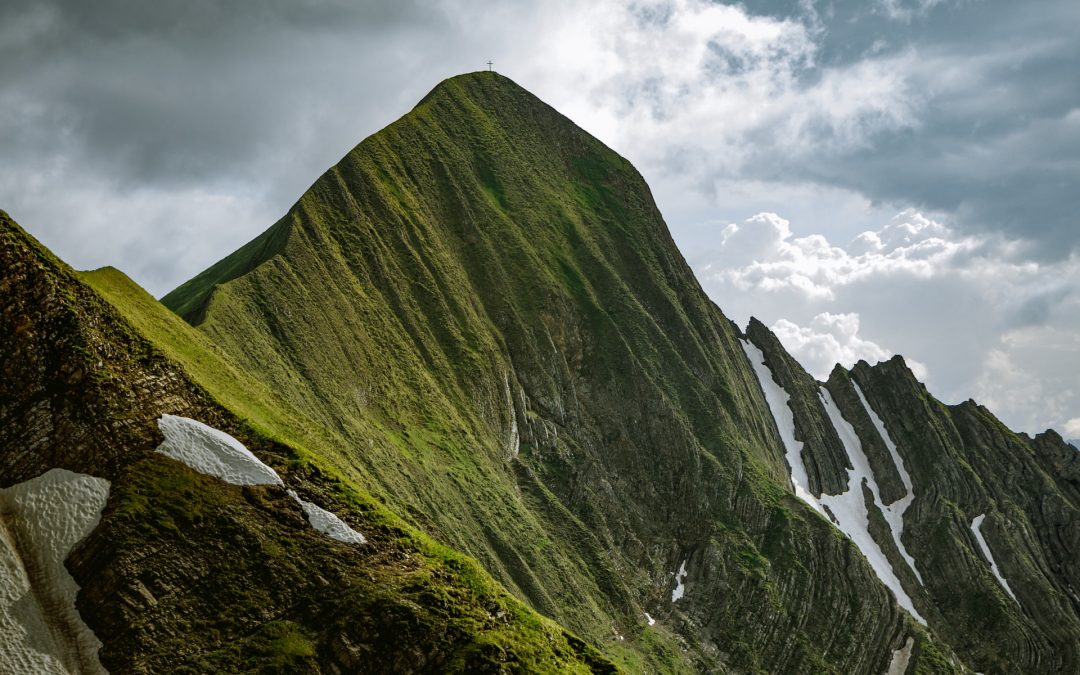 I’m not going to lie to you and pretend that I loved my 4 months at the FBI Academy at the Marine Corps base in Quantico, VA. The purpose of the Academy was multi-fold, but the bottom line was to produce successful people who had the grit to confront obstacles in both business and life.

Unlike Hollywood’s depiction of FBI agents, mental disciplines are far more effective than gadgets or technology when it comes to real life. The training at the Academy is rigorous because the stakes are high. Agents are taught how to prevail in their circumstances rather than hope their circumstances will change.

The same mental disciplines I learned in the Academy can be applied to corporate and private life. They produce successful people who can land on their feet when confronted with the unknown.

Life is hard. Pain is inevitable. Growth is optional. It takes grit to look at life as a series of problems to be solved.

1. Life Is Not Always Lived In Our Comfort Zone

If the coaches at the FBI Academy didn’t push us past our comfort zone, they didn’t do their job. For me, it was physical fitness. For others, it was firearms or academic tests.

The bottom line is this: always push yourself to a level a bit above your current capability. Experts believe that reach should be 4% above your last success. This 4% will push you to perform better than last time and yet it isn’t enough to discourage you.

This is not for the faint-hearted or those in denial about their capabilities. One of the toughest aspects of the FBI Academy was that weaknesses were identified 1) quickly, and 2) publicly. We marched through as a class. Everyone knew I had a hard time with pushups because we tested together. Firearm and academic scores were published so everyone knew where they stood in relation to everyone else in the class. No hand-holding and no excuses. It rested upon the shoulders of each agent-in-training to buck up and improve their score.

How To Make It Work: Successful people put their ego on hold and identify areas where they can improve. It will be scary because, guess what, they’ll probably fail at first. But if they keep at it, they’ll see improvement over time. The goal is not to turn a weakness into a strength; that is a waste of time. The goal is to understand their level of competence in many areas so they can manage their response when confronted with obstacles and roadblocks.

The Academy taught me that obstacles are a part of life so get used to it. The sooner, the better.  Stuff gets in our way and we need to change our plan. Yet we often react as though we’re surprised, unprepared, and frustrated.

Seneca was a stoic who suggested that we contemplate events in advance so that nothing ever takes us by surprise. He encouraged us to imagine every conceivable setback so that we can strengthen our minds to cope with them. In other words, develop psychological resilience and grit in the face of adversity.

Stoicism suggests that we insert a reverse clause into our plans. A reverse clause is a backup option so you don’t crash and burn when things don’t always work out for you. It allows you to recognize that you have total control over your reaction, even if you can’t control the outcome. When you focus on what you can control, you give yourself a plan of action.

When you remind yourself of the worst that can happen, it isn’t pessimism. It’s being realistic. When you think about the downside, you experience those bad feelings in advance. And guess what? According to research on Cognitive Behavioral Therapy, we “decatastrophize” the situation and realize it won’t be the end of the world.

How To Make It Work: Successful people are not thrown off guard when things don’t go according to plan. If there is a technical issue, they’ve prepared to make their presentation without audio/visual aids. When they’re stabbed in the back by a colleague, they’ve prepared how to move on and learn from the encounter. Their progress can be impeded or disrupted, but they have the grit to retain the will to redirect their path.

When I first started working counterintelligence and espionage, my goal was to recruit a foreign intelligence officer to work for the U.S. government.

Later, though, my goal shifted. Now it wasn’t enough to be working cases—I felt drawn to tell others about how a huge organization like the FBI could be nimble and flexible enough to react to the demands of terrorism in the aftermath of 9/11.

My vision had not changed—I still wanted to be an FBI agent, but my goal had. I became the spokesperson for the FBI in Northern California. I’m glad I made the move because my long-term goals had shifted.

Vision is where you see your life heading. Goals are the stepping stones to get there. Goals should be reviewed and revised on a yearly basis. If you don’t, goals can end up obstructing your original vision for yourself.

Vision and passion are linchpins of grit. Vision allows us to follow a dream that gives us both value and meaning.

How To Make It Work: Successful people never forget why they want to accomplish their goals. Even a slight shift in thinking calls for a re-alignment of their priorities. As in my case, it may not require them to throw up their hands and quit, but it may suggest that they re-think where they fit into the larger picture.

Quit is the only four letter word I never heard while in the FBI. Cases can be complicated and difficult to work. But, there is a difference between knowing when to quit and knowing when to stop the struggle against something that we cannot stop. When we quit, we throw in the towel, admit defeat, and feel like a victim of our circumstances.

When we take the time to examine our struggle, however, it often means that we need to look at our situation in a different way. We may need to redefine how we plan to move forward. Struggles may actually allow us to detect new possibilities that would not have otherwise revealed themselves.

Grit can be counterproductive when the focus is too narrow. For example, if you’re determined to move into a new market at all costs, you need to remain open to new information that suggests the market is going in a different direction. Leaders, business owners, and entrepreneurs need to step back every so often and look at the big picture. Pivot if need be and move in another direction.

How To Make It Work: Successful people do not quit when they feel they can no longer deal with a crisis. Instead, they find ways to adapt to their new circumstances. They have the grit to stay in the game but are flexible in their attempts to correct a situation according to their idea of what is “right.”

5. Failure Is A Great Teacher

Most of the successful people I have met over the years got to where they have the grit to do what it takes to succeed. Grit is what sets them apart from the quitters. Vince Lombardi once said, “Remember, the man on top of the mountain didn’t fall there.” People who reach the top aren’t afraid to climb.

People are often so afraid they’ll fail at something that they don’t even try! Entrepreneurs know better than anyone that businesses cannot invent the future without taking risks. The J-curve of return on investment indicates that failures come early and often while success takes time.

America has embraced the fail-forward mentality better than Europe. In Europe, bankruptcy can end a career, while in Silicon Valley it’s almost a badge of honor.

How To Make It Work: Successful people develop a mindset that looks at failure as a source of information. Each failure informs them of what doesn’t work and how they need to change their approach to get the results they want next time. To be successful, they need to be willing to fail hard and then bounce back.