How To Have The Courage To Move Into A Brave Place 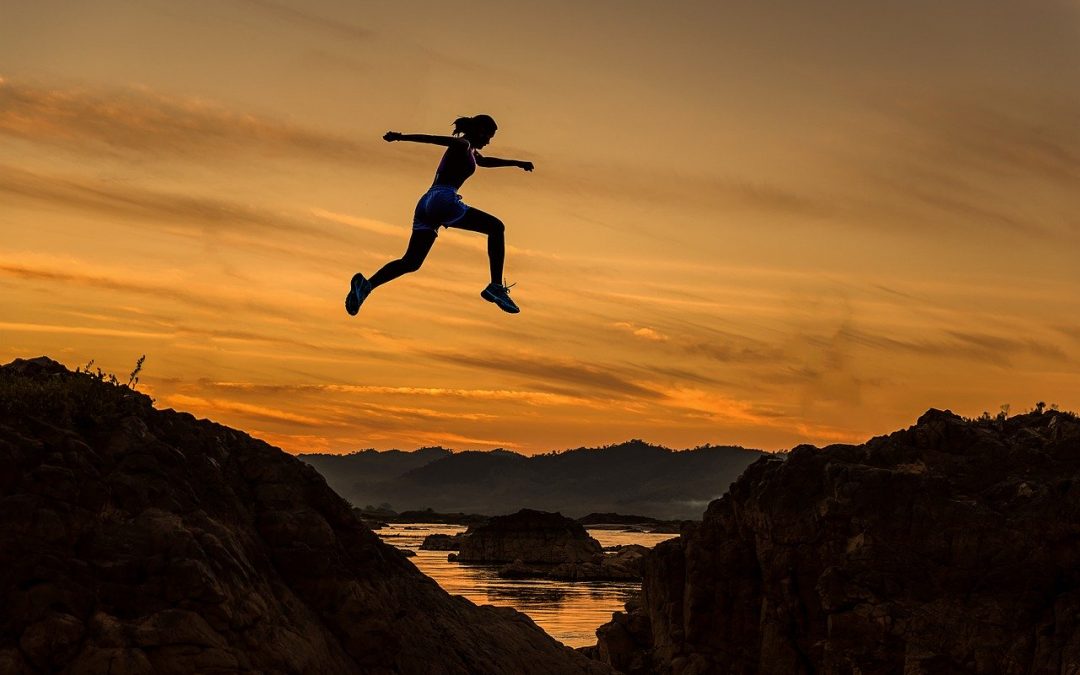 Life can suck. There are days when things go so badly that you want a refund. We’ve all heard that acceptance to the key to good psychological health, but that does nothing more than leave us in a continual state of anxiety because what we all want is a semblance of control in the way our day unfolds around us. Since life is nothing but a series of problems, the fantasy of control gets flushed down the toilet on a regular basis.

The idea of “safe places” isn’t a new one, although the concept has mushroomed on college campuses in recent years. The concept can be traced back to Kurt Lewin, a founder of social psychology and of management theory. Lewin and his colleagues created “safe spaces” in which groups of employees and managers could speak honestly about working conditions and productivity goals without fear of retaliation or retribution.

News flash—this is not an environment that will create the next generation of people brave enough to be leaders. They will not be equipped to co-exist with people who have a different outlook on life. There will always be someone in our stratosphere who has different political, religious, sexual, or racial opinions. Some of those opinions might be diametrically opposed to the values we hold near and dear.

Does that mean you have permission to take your ball from the playground and go home?

Yep, it can feel like life sucks when we don’t always win the argument or get our own way. But here’s the thing: if we want to create the next generation of leaders, we need to enable people to have the courage to move, not into “safe places” but into “brave spaces” where they enter into uncomfortable conversations. A “brave space” doesn’t protect people from arguments, or the discovery of information that could change their mind. Instead, it allows people a place that’s safe enough to explore differences of opinion.

1. A Brave Space Is Not Conflict Free 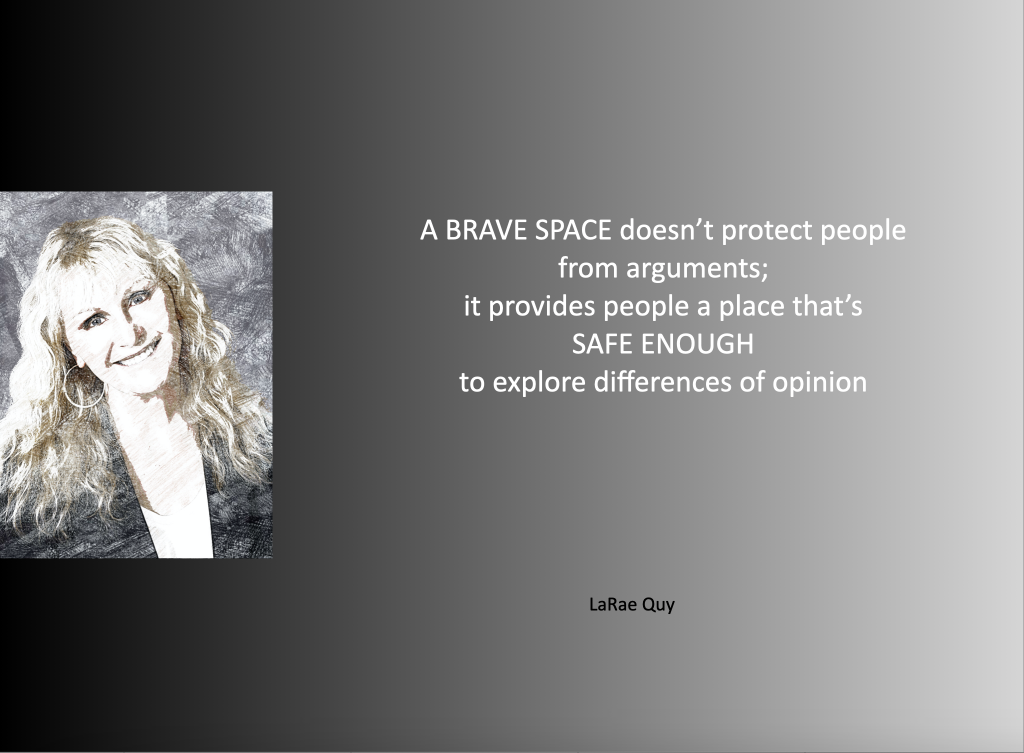 Since we can’t control external circumstances, we’d better learn how to control our response to them. If we let go of the expectation that we’re entitled to have everything we want in life, and that our opinion is the only one that matters, it’s easier to accept reality.

On a college campus, and not the real world, a “safe place” discourages intellectual confrontations and breeds a culture where assumptions go unchallenged because emotions are protected. Microaggressions are policed because they might wound someone.

Instead, be brave and explore the conflict and what is behind it. It might be ugly and hurtful, but it will also be honest and give people an opportunity to change their opinions.

How To Make It Work For You: Have the courage to create a “brave space” where differences are explored, with respect and without fear of retaliation. A “brave space” promotes a basic sense of inclusion so ideas and perspectives that differ from our own are educational and not destructive. This is a place where people will feel safe enough to explore their differences. It takes courage and mutual respect to work toward positive outcomes.

2. A Brave Space Requires A Love Of Fate

Amor fati is a Latin term that is translated as love of one’s fate. We should wake up every day and embrace the pain, suffering, betrayal—and yes, growth that comes with the tough stuff that life hands out. The author Robert Green explains it in a masterful way:

“Amor fati is a mindset that you take on for making the best out of anything that happens. Treating each and every moment — no matter how challenging — as something to be embraced, not avoided. To not only be okay with it, but love it and be better for it. So that like oxygen to a fire, obstacles, and adversity become fuel for your potential.”

It’s the idea that you not only accept everything that life brings you, but you love it all. The great stuff along with the crap. Equally. No joke.

We already know that life is not going to give us everything we want, right? It makes no sense to be surprised when we hit a roadblock or adversity. Even worse, to be frustrated and angry, or blame others for our misfortune when they’re peddling as fast as they can in their own river of crap. Let’s be honest—our difficulties are the source of most of our negative emotions.

How To Make It Work For You: To accept your fate may sound a little wimpy, but to complain only wastes time and makes you sound as though you’re in denial. Once you grow up and accept the facts, you can start to plot your course. Ask yourself this question: Will this roadblock still be a problem in a year from now? If not, move on to more important things. As Robert Greene also said: “A weaker person needs things to be a certain way. The truly unstoppable person loves it all because they can make the most of it.” 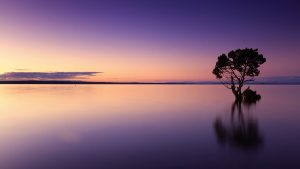 Depression and anxiety are so common among children and adolescents today that suicide is the second leading cause of death among young people (10-34 years of age.) They are being raised in an increasingly pessimistic world; as a result, many of them have lost hope.

Psychologist Martin Seligman discovered learned helplessness. He found that when animals are subjected to a difficult situation they cannot control, they become passive and no longer try to escape.

You and I are the same. If we experience defeat or become terrified by an event that we can’t control, we lose hope in our ability to change our life or move out of a painful situation.

A 2018 study in the American Journal of Epidemiology examined how being raised in a family with religious or spiritual beliefs affects mental health. Children or teens who reported attending a religious service at least once per week scored higher psychological well-being and lower rates of depression and anxiety. Perhaps it’s no coincidence a recent Gallup Poll showed that in the past 20 years, there’s been a 20% decrease in attendance of religious services and nearly half of all adults under 30 do not identify with any religion.

The idea that we simply die and turn to dust may work for some, but it’s hard for children to grapple with broken families, distracted parents, school violence, and bullying. Young people no longer have hope, and while religion is not the only answer, a belief in something bigger and better than what they see on earth leads to a kind of hope, a hope that produces peace and love.

How To Make It Work For You: The world is a scary and stressful place that values perfectionism, materialism, and selfishness over human connection. Any type of spiritual belief and practice is a way to bring hope back into our lives. Without hope, we cannot be brave.

4. A Brave Space Isn’t The Pursuit Of All Things Happy 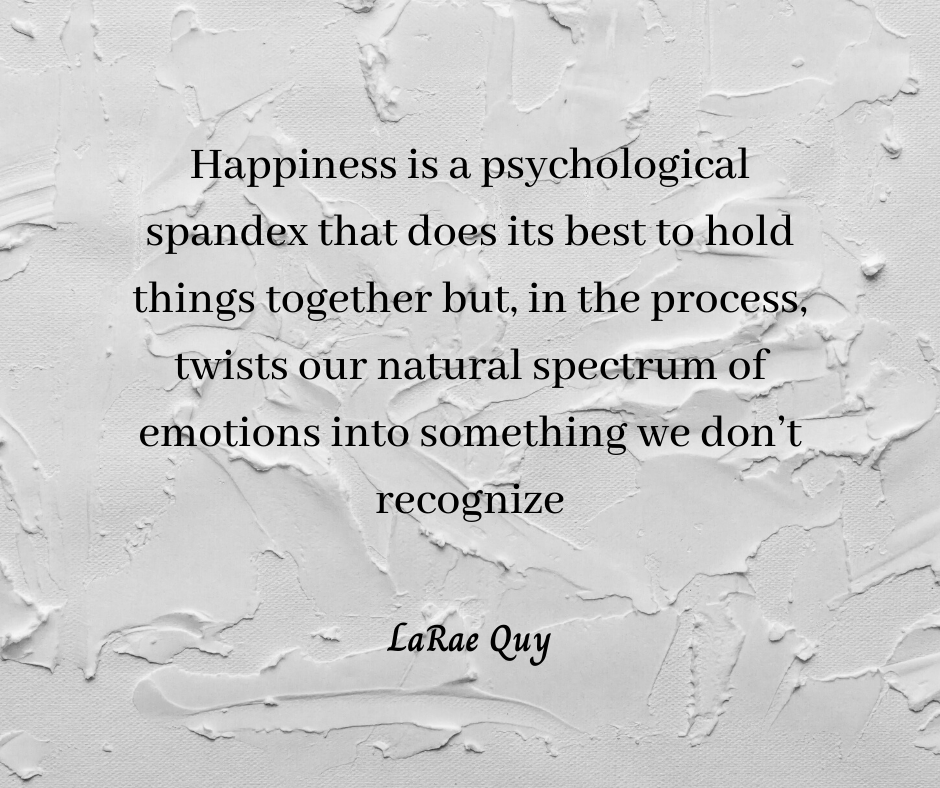 Happiness is the biggest marketing breakthrough in the last few years. It’s led to masterful performances that airbrush out any hint of sadness, mundane, or disappointment. Our rapacious pursuit of all things happy borders on a feral obsession with perfection.

Happiness has become a right of passage, especially to those in the marketing world who lap up profits as their unwitting victims throw down good money to learn how to deny their negative emotions.

This seems a belief peculiar to Anglo-Americans. For example, the French regard happiness as unsophisticated, but the Brits and Americans downplay all negative emotions and put on their happy faces. Americans are known for their fake smiles and the Brits for their stiff upper lip in the face of pain and disappointment.

All this pretending has caught up with us, however. A person who lives in a Western culture has a 30% chance of anxiety disorder. In other cultures, happiness should not be actively pursued, just as sadness should not actively be avoided.

How To Make It Work For You: Happiness is a psychological spandex that does its best to hold things together but, in the process, twists our natural spectrum of emotions into something we don’t recognize. Instead, recognize that happiness is something that ebbs and flows, like life. It’s ridiculous to let our self-worth hinge on values imposed upon us by marketers. We need to have the courage to be satisfied with all of our emotions. 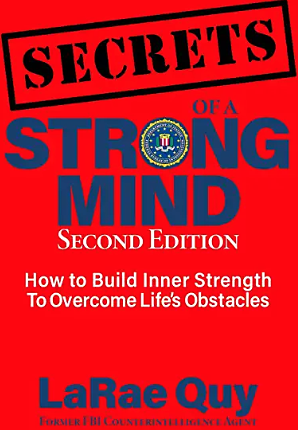 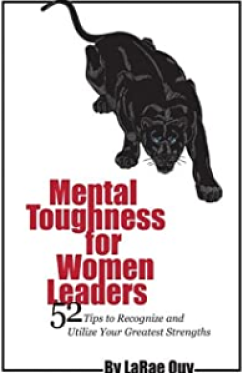 Image by Sasin Tipchai from Pixabay