Want Strong Women In The Workplace? Hire The Best Candidate 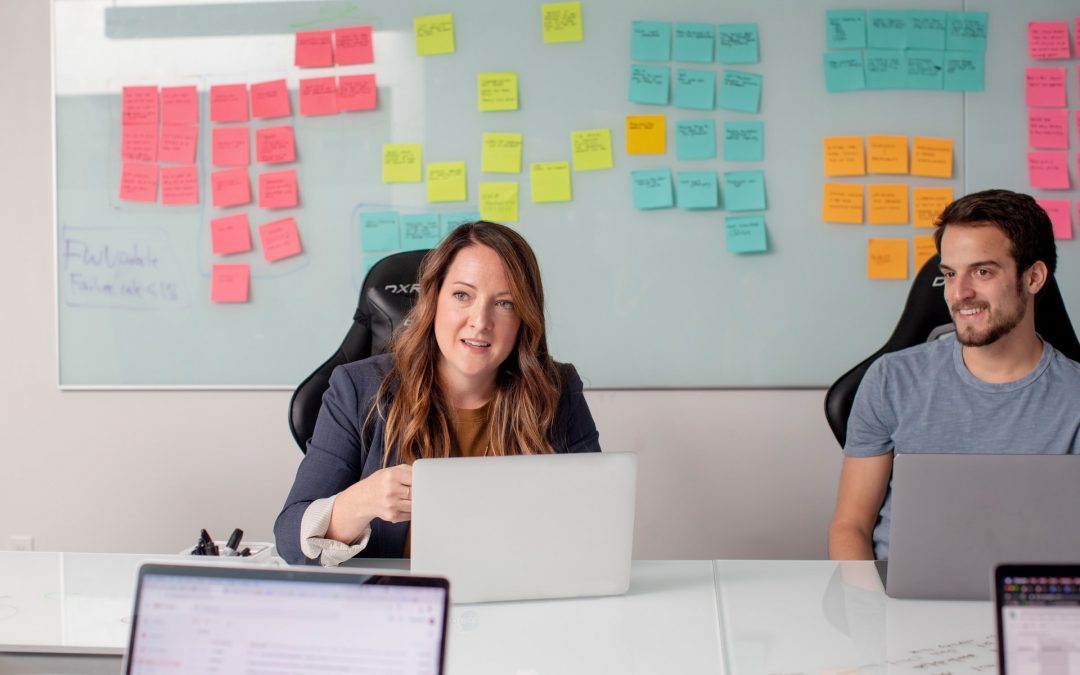 As a retired female FBI agent, I take umbrage at the assumption that professional women don’t have what it takes to move their career to the next level. The implications are that women need special assistance, or that standards of the position need to be lowered so they can be hired.

I served on a search committee recently where one of the members of the organization said to me, “We need a woman to fill this position. Whomever you pick, make sure it’s a female.” My jaw dropped. She implied that special consideration should be given to the women who applied.

I responded to that individual with such unfiltered intensity that she started to back away from me. “Do you truly believe that there will be no qualified female candidates?” I demanded. “We’re not doing women any favors if we hire someone just because she’s a woman!”

As it turns out, the best candidate was a woman, and she was hired!

I do not consider myself a woman leader; instead, I’m a leader who is a woman. If I allow my gender to define my achievements, I’ve fallen into the dark abyss of stereotypes. It’s time we all left that sort of thinking behind us and moved onto solid ground based on education, training, and talent.

When I was hired as a female FBI agent several years ago, it was a big deal. Times have changed and women have come into their own—we’ve made incredible progress so why do we still need to use the label “female leader?” Personally, I find it a distraction from the real issue: is the person competent and able to get the job done?

In 2018, women made up 48.5% of the global workforce. Most organizations have gender targets and strive to ensure diversity in their hiring panels. The fact is, women make up 23% of Fortune 500 CEO positions and only 17% of the U.S. Congress. A recent study revealed gender pay gaps still exist and may take several generations to bring about significant change.

While blatant bias no longer blocks women leaders from soaring into top positions, research is showing that societal factors are still the biggest culprit in nudging women away from top-level careers

Want strong women in the workplace? Here’s what to remember:

1. Math Is Not A Four Letter Word

For math-centric fields, in which women are very scarce, it appears that a difference in interests is the primary factor to explain the disparity. Girls are told from an early age that they do not have an aptitude for Science, Technology, Engineering, or Math (STEM). They opt for other professions.

According to neuroscientist Lise Eliot, there are small inherent differences in aptitude between males and females at birth. Boys seem to have a small edge in spatial cognition. Society takes these differences and makes them much bigger. They support boys in math and science and discourage girls to pursue careers in these areas.

How To Make It Work For You: It seems to come down to confidence. Girls tend to have less positive attitudes about math. They have higher levels of math anxiety and lower levels of confidence in their math skills. This means that even when girls show similar performance levels to boys, they are often less sure of themselves. We need to support and encourage more STEM programs that promote confidence in girls to move ahead in math-centric fields.

2. Stereotypes Can Be Kicked In The Butt 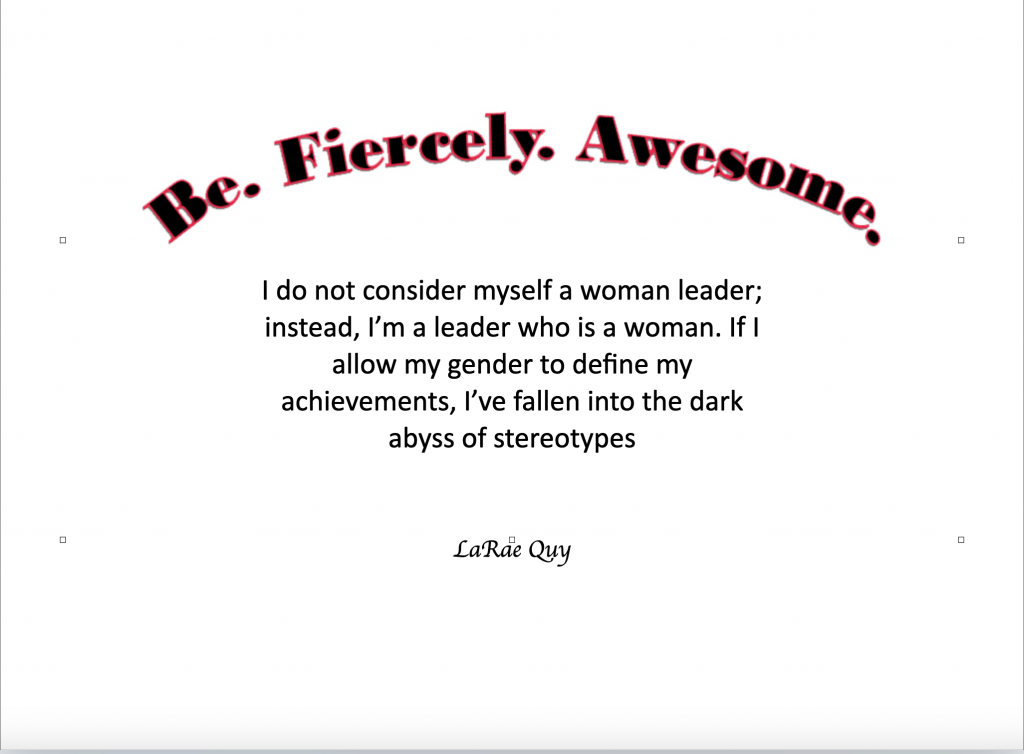 When we expect an individual to perform at a level below the standard, studies are finding that it becomes a self-fulfilling prophecy!

A group of females was tested in certain fields dominated by men. They scored much better if they were asked to fill out their gender after they had taken the test. Surveys like this worry me because it points to the fact that stereotypes don’t always come from others. Sometimes we live up to the stereotype of ourselves that we’ve heard others talk about. It’s how we come to view ourselves.

The seeds for this pattern of behavior are planted early in life. Self-limiting beliefs and lower expectations of their future have already been embedded into girls’ thinking.

How To Make It Work For You: Girls and young women need to develop the mental toughness to manage their thoughts, emotions, and behavior in ways that will set them up for success. When we encourage girls and young women to be mentally tough, we encourage them to believe they will prevail in their circumstances rather than believe their circumstances will change.

3. Confidence Is An Inside Job

The best and brightest young women can become great leaders. It’s easy to say, but do we need to convince women that they really should be going for the big jobs? Do women wither in the face of competitive leadership and business tracks?

Part of the answer lies in whether women feel confident they can fill the pin-stripe suit who occupied the desk before them.

The individual I mentioned earlier wanted my search committee to give the job to a woman. The person’s attitude exuded a lack of confidence that a woman could get the job on her own merits. To me, that indicates a dangerous lack of confidence in the capabilities of the women out there on the fast track to leadership.

How To Make It Work For You: New research from Yale University has found that we only learn when there’s uncertainty. Stability is a shut off valve for the brain. We don’t like discomfort zones but they’re essential if we want to make the most of our brain. Cultivate a beginner’s mind because this is the mindset that opens up possibilities of what might be. It is a non-grasping, patient, and confident understanding of what it means to live to our fullest potential. This is what truly gives us confidence in ourselves and our ability.

According to a study of Harvard Business School alumni, women leaders want high-achieving careers even after they start families. The same study also found that men generally expect that their careers will take precedence over their spouses’ careers. They assume their spouses will handle more of the child care.

Women, on the other hand, expect that their careers will be as important as their spouses. They expect they will share child care equally—but, in general, neither happens. This pattern appears to be nearly as strong among Harvard graduates still in their 20s as it is for earlier generations.

Many of the statistics that are cited in an online search of “Why aren’t there more women leaders,” lack up to date information and rely on old stereotypes.

More recent research finds that the Home, Sweet Hell-syndrome doesn’t apply only to women. Parents of both sexes were found to be deeply distressed over their work and family conflicts.

The researchers believe that companies don’t need to fix anything specific to women because they aren’t the only ones who have trouble balancing the competing demands of family and work. Men also experienced difficulty with the balance but nevertheless advanced in their careers.

The reason rests with how companies solve the problem of women’s stalled advancement in the workplace—employers offer part-time positions that tend to derail a woman’s career. High-level jobs require long hours and women’s devotion to family makes it difficult to put in those long hours. This reality reveals a very different story from the ones employers tell themselves, and their employees, about why few women make it to the executive ranks.

The real culprit is our culture of overwork that hurts both men and women. Companies need to change their work culture and its relentless demand for 24/7 availability. Until they do, gender inequality will remain in place.

How To Make It Work For You: Studies show that a healthy gender mix at the leadership level makes business smarter, more creative, and improves performance. Look no further than companies like Patagonia that, for 33 years, has provided on-site child care–a mandate from their founders, who believed it was a moral imperative. At Patagonia, women make up 50% of the workforce, including roughly half of the upper management positions.

Photo by CoWomen on Unsplash